As per a study from Deloitte, smartphone sales will be more than 1 billion by the year 2026. It is predicted that India will be the second-largest smartphone manufacturer in the next five years. The growth will be more in the rural areas at an annual growth rate (CAGR) of 6 percent. 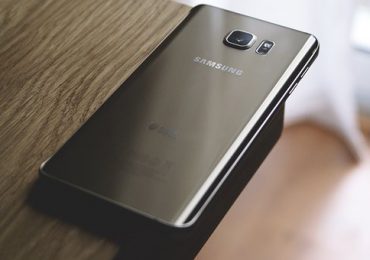 Samsung Electronics is a South Korea-based company founded in 1969 as a part of the Samsung Group. Apart from being one of the largest manufacturers of smartphones and tablets, the company also develops, manufactures, and sells other consumer products as well.

As of Q3 2012, Samsung is the largest manufacturer of devices running Google Android with a 46% market share hence the Top Mobile Phone Companies In India.

The latest Quarterly Mobile Phone Tracker by IDC for Q3 2017 reveals that Samsung captured a 23.5 percent market share in the last quarter.

The market research firm added Samsung had a “record-breaking quarter” where it registered 39 percent sequential growth quarter-on-quarter and 23 percent year-on-year.

Read: How to Become a Samsung Mobile Distributor in India

The company’s budget J lineup helped the company sustain its top spot. “Sustained J-series shipments to its established offline distribution partners ensured that it stayed on top,” as per the report. 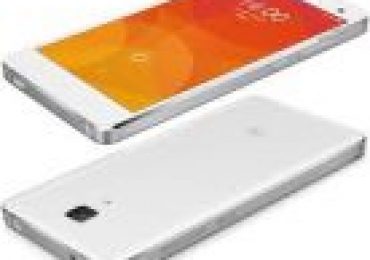 Xiaomi has revolutionized the budget smartphone market in India as well, both with their phones and their unique marketing strategies like exclusive launches and flash sales.

Their budget offerings are loved by the Indian audience and they sell millions of devices each year in India itself. There are a lot of reasons that favor the company.

Xiaomi’s irresistible offerings also include some high-end smartphones at affordable prices. Its own MIUI operating system platform is quite popular and has quite a following.

The company’s aggressive approach to pricing its smartphones made it a clear winner in selling devices on e-commerce retailers and direct Internet platforms.

Xiaomi almost tripled its shipments year on year and doubled quarter-on-quarter in the last quarter. 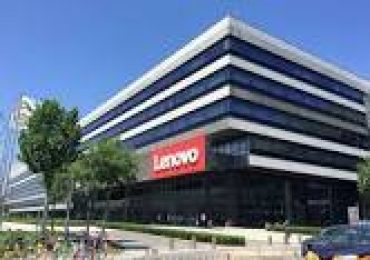 Lenovo (including Moto) made its comeback as the third smartphone brand and saw an increase of 83 percent in shipments from the previous quarter. A couple of new launches under the Motorola brand reversed its internal brand share and now Motorola contributes to two-thirds of its portfolio.

Having entered the mobile phone scenario relatively recently, Lenovo has quite inspiringly managed to climb the ladder toward being one of the Top Mobile Phone Companies In India.

After suffering some major losses in the late 2000s, Motorola, Inc. split into two companies. Namely, Motorola Solutions and Motorola Mobility, the latter being the company’s mobile division. Motorola Mobility was first purchased by Google, but it turned out that the acquisition was mostly about getting access to Motorola’s many patents. Google soon turned around and sold Motorola Mobility to Lenovo in 2014 for just under $3 billion. 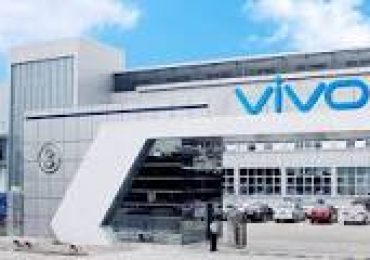 Vivo Electronics Corp. is a phone brand based in Dongguan, Guangdong, China. It was founded in 2009. The company is another Chinese smartphone maker to enter India recently. It makes low-cost Android phones and those in the mid-range segment of the market.

The company joined the ranks of the Top Mobile Phone Companies in India in the first quarter of 2015 with a global market share of 2.7%.

Vivo unveiled the world’s first smartphone with an under-screen fingerprint scanner at CES 2018. It used the “ClearID” technology developed by Synaptics.

In 2012 Vivo released the X1. The X1 was also the first Vivo phone to use a Hi-Fi chip. Developed by American semiconductor company Cirrus Logic. Vivo followed this up in 2013 by releasing the world’s first 2k-resolution screen phone, the Xplay3s.

Vivo product’s camera represents one of its most important competitive advantages. 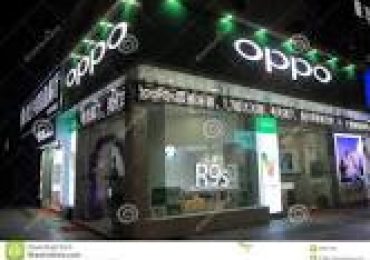 Oppo is a Chinese consumer electronics firm based in Guangdong. OPPO’s major product lines include smartphones, Blu-ray players, and other electronic devices. The brand name OPPO was registered in China in 2001 and launched in 2004.

The OPPO R5, which was launched in November 2014, was at the time the world’s thinnest smartphone.

OPPO had the biggest sell-in quarter so far in India. As vendor shipments increased by 40 percent sequentially and 81 percent from the same period last year. Vendor share also noticeably increased as it started participating in the eTailers platform to sell its devices.

The Company has surpassed Micromax, the largest homegrown mobile maker, and Sony, the biggest Japanese electronics firm by revenue after its sales grew more than seven times during 2017.

Oppo Mobiles India saw sales surge to Rs 7,974.29 crore in the year ended March 2017, which was a 754% increase from Rs 933.74 crore in the fiscal before thanks to it finding itself as one of the Top Mobile Phone Companies In India. 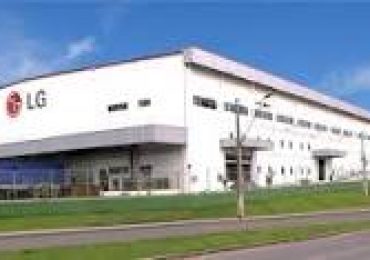 LG mobiles are the third-largest phone manufacturer in the world and one of the world’s largest technology companies. It is the world’s second-largest TV producer but manufactures various other gadgets including laptops, multimedia players, and home cinema systems.

The company’s in a tough spot. It makes good and innovative phones but just can’t seem to make a dent in a crowded mobile industry.

As we noted just last month, the company has only posted a single profitable quarter in the past two years. Over the summer, it also admitted that its G6 flagship wasn’t selling as well as it had hoped/expected.

In the following quarter, LG says it will focus on the LG V30 and will increase sales of both the camera phone and the mid-tier LG Q6. The company also optimized manufacturing profits and thus expects better results in Q1 2018. 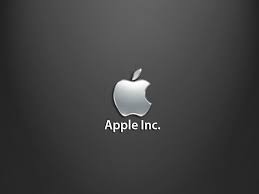 Apple was started in a garage in 1976 by Steve Jobs, Steve Wozniak, and Ronald Wayne. It began as a personal computer pioneer that today makes everything from mobiles to portable media players.

Their phones are called iPhones (everyone knows this), is a line of smartphones designed and marketed by Apple Inc. They run Apple’s iOS mobile operating system. The first-generation iPhone was released on June 29, 2007, and there have been multiple new hardware iterations with new iOS releases since.

Apple has released eleven generations of iPhone models. Each of these was accompanied by one of the eleven major releases of the iOS operating system.

The iPhone 8 and 8 Plus were released in 2017, adding a glass back and an improved screen and camera. The iPhone X was released alongside the 8 and 8 Plus, with its highlights being a nearly bezel-less design. The camera improved and a new facial recognition system was. Named Face ID, but having no home button, and therefore, no Touch ID.

Apple’s revenues from India have doubled year over year. At the earnings call post-Q4 result, CEO Tim Cook said. “Also, I should’ve said earlier our total revenue in India doubled year on year, and so that the initiative in India really has a lot of traction.”

Nokia is a Finnish multinational communications corporation that was founded back in 1865 with headquarters in Espoo. It’s one of the most recognized brands in the past decade, and at one time it was the world’s largest mobile manufacturer in the world.

After years of loss after Android came into the market, Nokia sold its Devices and Services division to Microsoft. The Finnish company is currently operating in the mobile and tablet space under a brand licensing model.

Nokia though has had a fresh start with the Nokia 6. The phone went on sale for the first time in India in August 2017. It went out of stock within a few seconds of becoming available at the designated time of 12 pm IST

Nokia grabbed 8% of the Indian feature phone market making it No.4. The biggest jump in sales was caused by the Nokia 3310 (2017) and the new version of the Nokia 105 and 130. “Nokia’s aggressive feature phone business is a threat to Samsung as the comeback brand could dethrone the South Korean brand in coming quarters,” 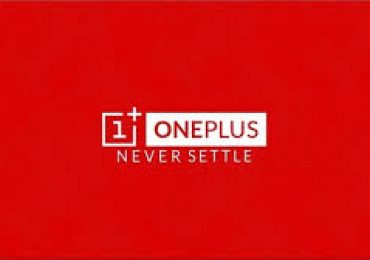 OnePlus is a Shenzhen-based start-up known for its ‘flagship killing’ smartphones. The smartphones boast flagship-level specifications and features but are priced in the mid-range segment.

Its first smartphone was the OnePlus One, which the company used to debut in India in 2014.

The One was designed to compare favorably – in performance, quality, and price – to flagship devices by leading smartphone manufacturers.

The company’s OnePlus 3 too stuck to the credo. Among the very first smartphones to boast 6GB RAM and a Snapdragon 820 processor. 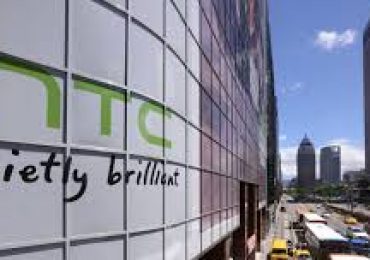 HTC Corp, headquartered in Taiwan, was founded by Cher Wang and Peter Chou in 1997. The company began operations as an ODM and OEM, and initially designed handsets for companies like HP and Palm.

It is also credited with having developed the first-ever Android smartphone in 2008 — the HTC Dream aka T-Mobile G1. It now sells smartphones under its own brand running on Android and Microsoft’s Windows.

Google has announced it’s acquiring a $1.1bn chunk of HTC’s smartphone business. With it providing the once-leading Taiwanese phone brand a much-needed lifeline.

In the near past, it has managed to give us several high-end, as well as mid-budget smartphones, and more, are on their way.

While it’s the giants of the industry that rule the scenario in the urban areas, especially amongst professionals, businessmen and the upper strata of the social-economic classes, the major chunk of the population is thriving on some of the lesser-known brands albeit for a reason.